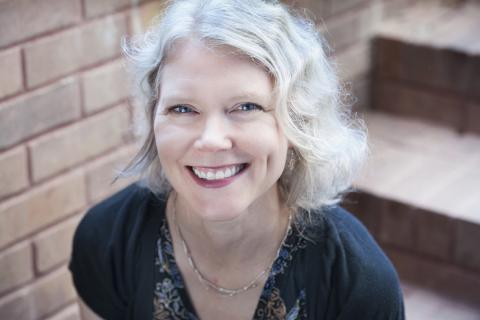 Becky Hagenston's third collection of short stories, Scavengers, was chosen by Benjamin Percy as the winner of the Permafrost Book Prize and was published in 2016 by the University of Alaska Press.

Her second collection of short stories, Strange Weather, won the Spokane Prize for Short Fiction and was published in March 2010 by Press 53.

Her first book, A Gram of Mars, won the Mary McCarthy Prize and was published by Sarabande Books.

She has won a 2020 Pushcart Prize and two O. Henry Awards, as well as the Great Lakes Colleges Association New Writers Award, the Reynolds Price Award in Short Fiction, and the Julia Peterkin Award. Her work has appeared in the Oxford American, Southern Review, Gettysburg Review, Crazyhorse, New England Review, Subtropics, and many other journals.

She has received a residency to Yaddo. She has also received scholarships from Bread Loaf, Sewanee, and the Summer Literary Seminars in St. Petersburg, Russia.

Becky is a Professor of English at Mississippi State University and lives in Starkville, Mississippi with her husband, Troy DeRego.